Making the Marriage of a Saver and a Spender Work

My husband is a Spender. I am a Saver.

He has a natural inclination to blow through money like there’s no tomorrow.

I have a natural inclination to save money like I will never see another cent of income again.

And we’ve almost gotten divorced because of it. 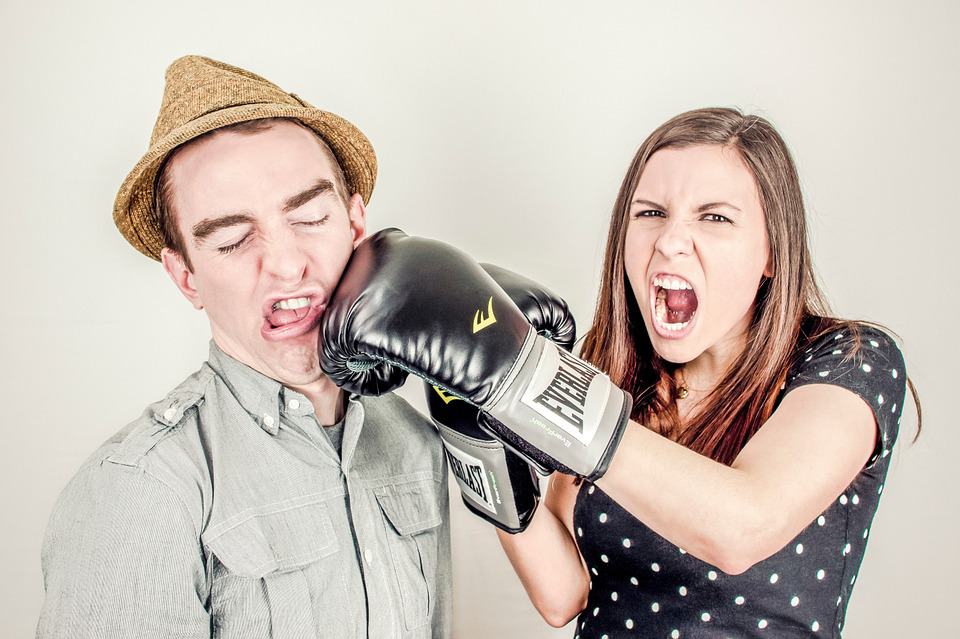 You might be saying “you’re crazy! Obviously, he’s right! All work and no play is no way to live! If he makes all the money, why shouldn’t he get to have fun?!”

Or you might be saying “he’s the crazy one! How doesn’t he see that you’re right, here?! Doesn’t he realize that he has a family to support?! He needs to stop spending and start saving!”

The reality is that being too frugal almost cost me one of the most valuable things in the world: my marriage.

There was a point in time when every cent that I saved went to fund something that my husband liked. There was a point in time when he could have just called me Mrs. No; I just kept saying “no” to everything that he asked for. Can I get a sandwich at work today? NO. Can I go out to watch the game with my friends? NO. Can I get a new pair of shoes? NO.

The problem here is so clear in hindsight: we were not communicating.

We were just missing each other’s points constantly and it wasn’t helping anyone. We were getting more and more frustrated and digging our heels into our respective ideas. The angrier we got, the more stubborn we got, the less likely we were to ever see the other person’s side, the more exhausted we were in our marriage.

This is the reality of the marriage of a Saver and a Spender.

But it CAN work!

There are two categories to focus on in the marriage of a Saver and a Spender, and they are both equally important: financial and marital. You can’t have one without the other!

For the purpose of this post, the “Spender” is a “he.” It might not be this way in your world, but I’m writing from what I know. 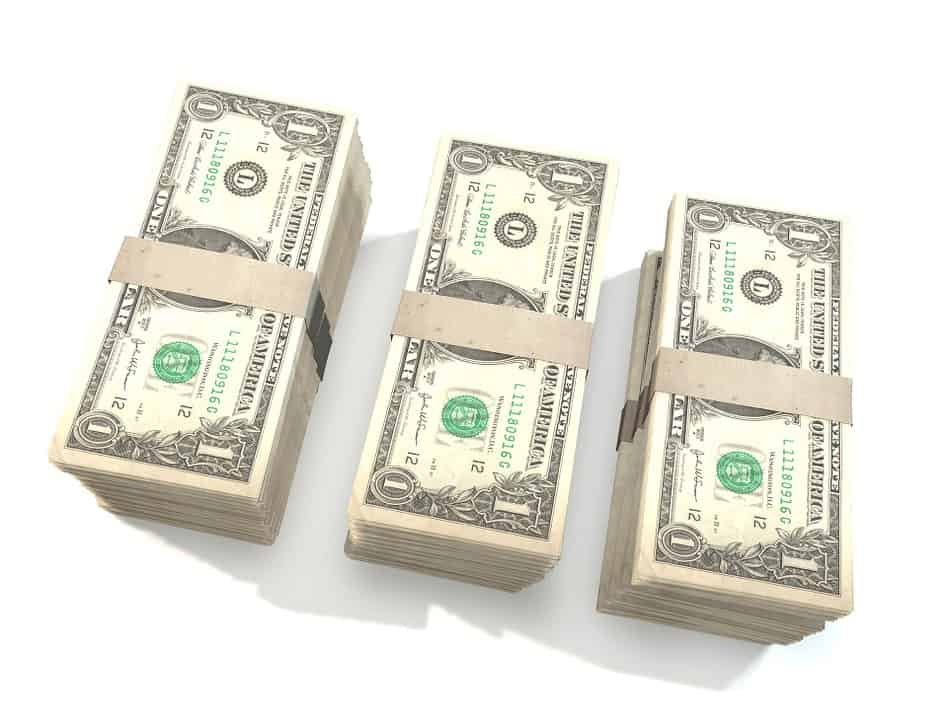 How to make it work FINANCIALLY.

Each person has their own “fun” money.

We each agreed on a reasonable amount of pure “fun” money each week. It’s equal for the both of us at $25, just enough for a lunch date with my friends for me, or for catching the game over a beer with friends for him.

Out of our 6 bank accounts, these are two of the best bank accounts that I ever set up! It puts “fun” into the budget. This way, there’s no “we just don’t have the money in the account for fun” excuse. But at the same time, “fun” still has to fit within the amount of money available in that account.

If there’s only $25 in one of the “fun” accounts, that person can’t go out for fun and spend $50.  It’s a perfect compromise of spending and saving; there’s freedom to spend, but not to overspend.

The Spender has their own bank account that cannot be overdrawn.

Until the Spender can control his spending, this is crucial! You don’t want that $25 account to keep getting overdrawn and then costing you more money! In our relationship, I make my husband have his own bank account so that he can’t spend his entire paycheck the second that it hits our account.

For the bank account from which all of my husband’s “fun” money comes from, it won’t let a transaction process if there isn’t enough money in the account. And he can’t overdraw it and incur those crazy high overdraft fees (which, by the way, are ridiculous! “I see you don’t have any money… let me take some more of it!”)! We have it set up so that there is no way for him to get any more money once he drains the account until it’s refilled the next week.

This setup has been the biggest help! It takes the Saver out of the “policeman” role and leaves it all up to the Spender to keep track of his own money. “Can I go out with the guys?” Sure you can, if you have the money in your account. He gets to control that spending however he wants!

Have a mutual understanding in place.

That, for me, was the hardest part. I’m a micromanager. I had to fight the urge to keep tabs on my husband while he was out. In the end, having him be accountable for himself not only had the best results, but it also freed me from being in a supervisory role. 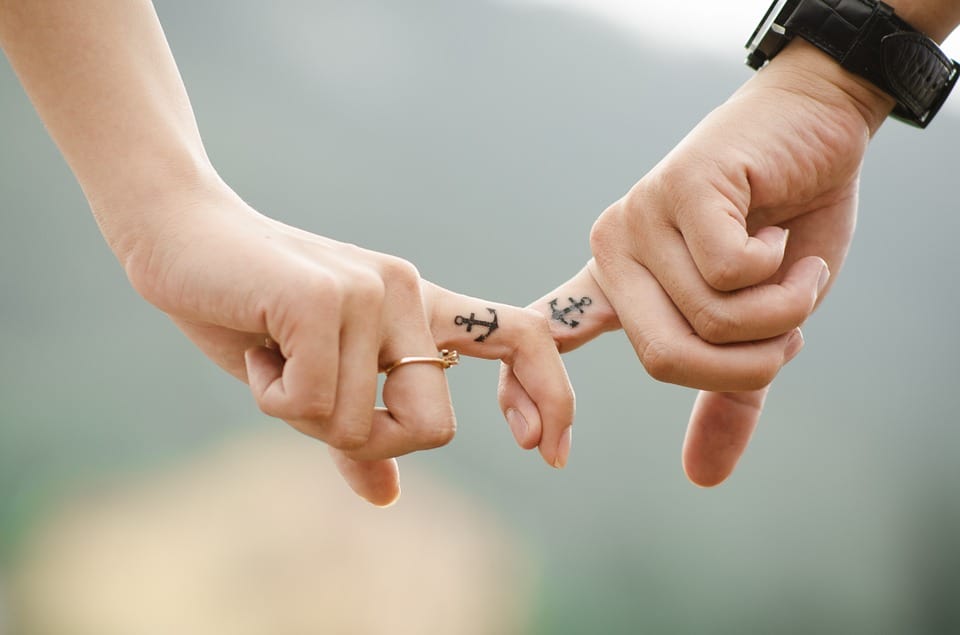 How to make it work MARITALLY.

Now on to the meat of the issues. There’s not going on that just being unable to control spending and saving money like a crazy person.

Talk about the “why”

“Why is there this budget in place? No, it’s not because I’m a controlling psycho here. It’s because you will bankrupt us if this isn’t in place!” Having conversations like this is important in any relationship, but especially when you’re trying to change the way things are done with money.

Talk about why you’re changing up the way that things are done in your house. Most importantly, let him know that this is coming from a place of love. This is not an “I want to control you” thing, this is an “I want to make this work” thing.

Make sure to listen to his opinions

I mean, really listen. Don’t just wait for your turn to speak, but actually listen to what is being said. What is important for him moving forward? Why is it important to him to spend money? What is he going to lose if he tries to save money instead of spending it?

Which brings me to the next point…

Ladies, I’m talking to you: you need to be respectful about this if you want to get anywhere. If you have the attitude of “I know I’m right, he just needs to change,” even if you’re telling him that he can spend all of the money he wants, he will shut down and you will be right back at the beginning.

I know you’re thinking “but he doesn’t deserve my respect about this!” I want you to stop, and read Love and Respect. Have your husband read it too, there’s a section for both men and women! This book changed my life. No, seriously. It has nothing to do with money at all, but the dynamic explained in this book is my life in a nutshell: he doesn’t love me so I won’t respect him. Trust me, you’ll be glad you read it. Nothing shuts a man down faster than being disrespected.

At the end of the day, find common ground.

The tough stuff is over and it will likely make you both feel like you’ve got a sour taste in your mouth. Remember that everything is a compromise, and it will take time to see the results!

Instead of twiddling your thumbs waiting to see the change, find something that you can both agree on that has nothing to do with money. Find something that is fun for the both of you that will take your mind off of your conversation and disagreement.

Remember why you married this person in the first place! Was it for their big, dumb smile? Or the way they make you laugh? Or your love of Ken Burns documentaries? After you’ve set your boundaries for fixing the financial aspect of your relationship, make sure that you reinforce the romance aspect as well.

Better or worse, richer or poorer… the marriage of a Saver and a Spender can work. It’s hard, I won’t lie. But once you have these boundaries in place, there’s so much less fighting and bickering, which means that your relationship will be in a better place as well. And at the end of the day, isn’t that what we all really want?

Who is the Saver and Spender in your relationship? 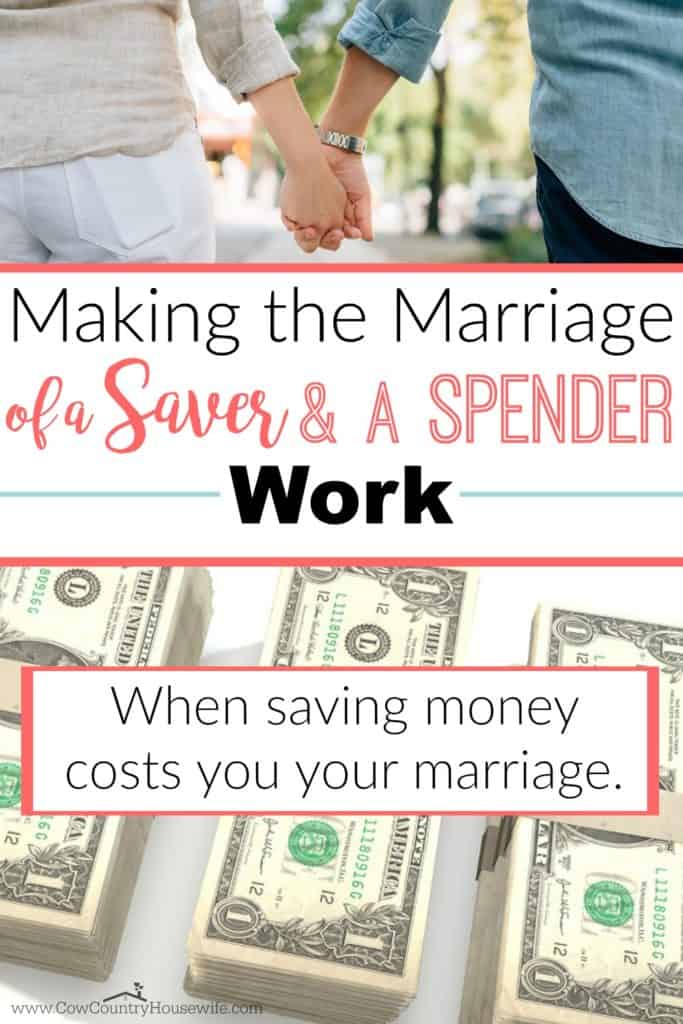