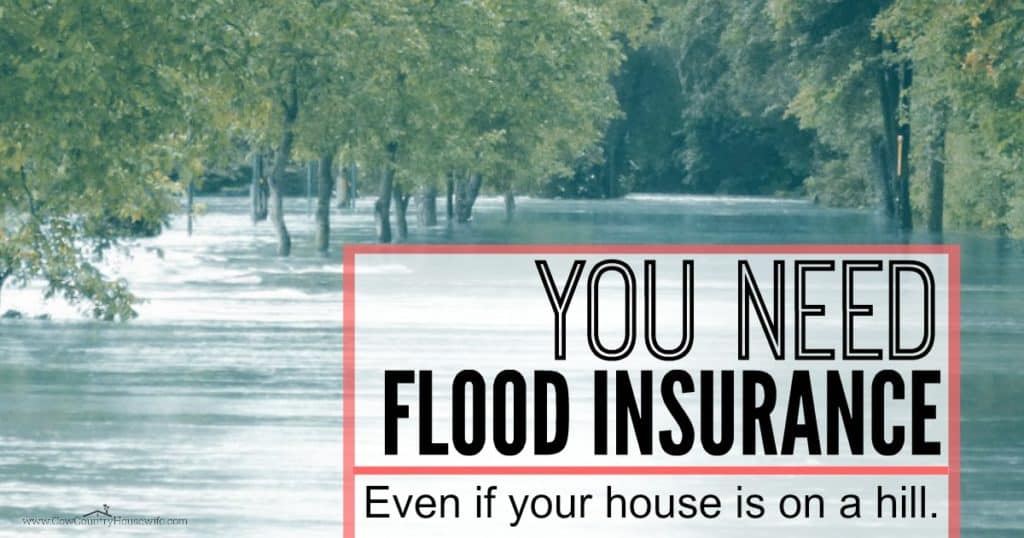 One of the cornerstones of my frugality is planning. And getting insurance is one of the best ways to plan in order to protect your assets and your family. I want to tell you about something that you might not even think about when you’re looking at insurance. Especially if, like me, your house is at the top of a hill miles away from the closest body of water. You need flood insurance.

Why am I crazy about having flood insurance?

In 2011, Central PA was hit with not 1, but 2 hurricanes. Harrisburg looked like a scene from Hurricane Katrina in New Orleans. We were renting at the time so it didn’t affect us thankfully. Fast forward and we were looking to buy a home.

Fast forward and we were looking to buy a home. We fell in love with this house. 5 bedrooms, 10-foot ceilings, stained glass transoms, original hardwood… it was amazing.

When I called to see how much the insurance would be each month, they told me that I needed more than $400/ month in flood insurance coverage. Wait… what?! This house wasn’t near a river, or a lake, or any body of water. It was in the middle of cow country, PA!

Why do we need the same kind of coverage that beach houses have?!

During the hurricanes in the year before, the teeny tiny trickle of a creek (and I mean tiny… it couldn’t have been more than 6 inches wide) that was 5 blocks away from this house had dumped 10 feet of water throughout this dry little town.

Come to find out that this entire little town now required $400+/month in flood insurance for every house. Houses more than a half a mile away were dealing with water from this tiny creek. They called a “hundred years flood,” but it still made flood insurance rates explode.

If those hurricanes hadn’t come through that town and taught us this lesson, we never would have thought twice about flood insurance! But because this house that was on a slight hill more than 5 blocks away from this itty bitty creek had been underwater, we learned that even the most unlikely houses could be flooded.

And what’s even worse: they could be flooded without any coverage from the homeowner’s policy. That right there was enough to scar in my brain why we need flood insurance. I didn’t care if we bought a house on the top of a desert mountain, we were going to get flood insurance.

Fast forward again to buying our first house in 2013.

You better believe that we got flood insurance! We paid the $125 annual premium and were confident that we had just wasted $125 for insurance that we’d never use.

This new house is located at the top of a hill. All roads surrounding the house lead downhill away from it. The house is literally the highest house in the local area. There’s no way that this house could ever get flooded.

Especially since the previous owners had said specifically on their seller’s disclosure that they had never, ever, EVER had water in the basement. We felt assured by this legal document that we’d never have to worry about having a wet basement.

3 short months after moving in, we were in for a huge shock.

We came home from vacation to 6 inches of standing water in the basement. It had rained very heavily that evening. The rain was so heavy that while on the way home, we needed to pull over because we couldn’t see the car in front of us.

We drove through the city toward our house once the rain had stopped and saw the huge rivers rushing down the gutters toward the overflowing storm drains. We’d never seen that much water in our little town before.

But we were confident that our house at the highest point of the city would be safe. After all, the previous owners had never had water in the basement, and there had been 2 hurricanes in the past 2 years. This was nothing compared to that, right?

We walked in the door, and I still remember that smell.

I walked into the kitchen to turn on the light, and I could smell water. The pungent scent of summer rainwater was in my kitchen. My stomach jumped into my throat as I opened the door to the basement and flicked on the light.

I cried when I saw all of my son’s toys floating around in the 6 inches of water sitting in the finished part of our basement. I called my husband over and we just stood there. We were frozen.

We had just moved in a few months prior, so the basement had become the place that “miscellaneous stuff’ went until we could find a permanent home for it. That included a lot of cardboard boxes, toys, clothes, seasonal items, and other stuff.

“We have flood insurance!” I screamed at the poor lady on the phone, like I’d won Final Jeopardy.

Our flood insurance adjuster came out and found that we had incurred $14,000 worth of damage to the walls, furnace, washer, and dryer. We purchased our new equipment (all from scratch and dent stores, and from the Habitat for Humanity Restore) and then bought a sump pump with the remaining money.

The $125 that we spent thinking that we’d never use it in our lives ended up saving us $14,000 in replacing appliances and drywall. We never could have done that if we had to come up with that money without flood insurance.

If you never learn anything ever again from this blog, remember why you need flood insurance! Because that $125 could very well wind up saving you more than $14,000 in damage.

Have you ever dealt with a flood? 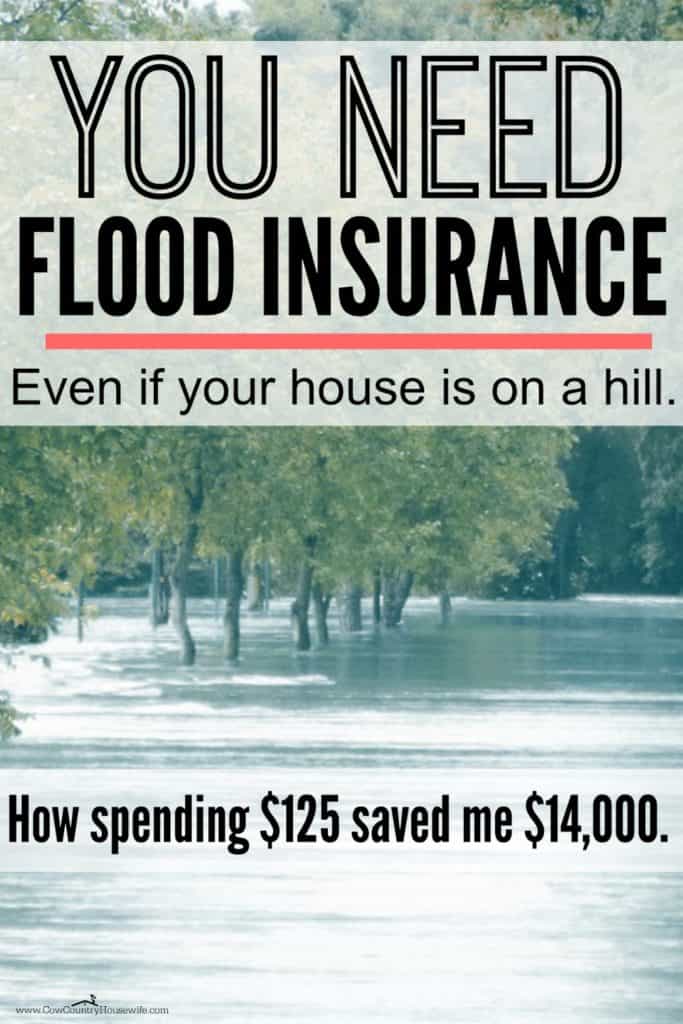