“Till death do you part.”

I said those words at the ripe old age of 20 and 6 days. I though I knew what I was doing. That the world should be so happy for me that I’d found someone who said he’d put up with my nonsense forever.

But there’s so much I didn’t know. More than just not knowing how to cook, I didn’t know that I was heading down a lonely road; a road where half of the people I knew were angry that I’d gotten married, and the other half just couldn’t relate to it.

But here’s what I’ve learned from being the only married one at 20.

You will definitely have moments when you wish that you weren’t married. Whether it’s a cute guy flirting with you at the coffee shop (because normal 24 year olds get hit on, but you’re oblivious that it was even flirting until your friend tells you) or the fact that all of your friends are still able to go out and party on Friday night… you’ll wish that you weren’t tied down. It’s fleeting, but those moments of true envy for the life that a “normal” twenty-something has will come along every once in a while and you need to be prepared for them.

Marriage is NOT like the movies! In movies, fights are funny, the house always looks like a Better Homes and Gardens Magazine, and no one talks about someone else’s bathroom habit bugging them. In movies, there’s an infinite bank account somewhere and no one thinks twice about spending $500 on a typical date night, the guy listens to the girl and always goes above and beyond what she wants in the end.

Real life isn’t like the movies, and real marriage isn’t like the movies either. If you’re sitting around all day waiting for a grand apology with flowers, candles, and a romantic dinner for leaving a sink full of dishes for the fifth time this week, it’s not going to come. And you’ll be disappointed. Nothing good comes from believing that movies are a good indicator of real life.

There will always be people waiting for your marriage to fail. Or to say “I knew it, I told you so” if it does. It’s sad but true. Instead of trying to help when I need it, there have been so many people saying nothing but negative comments. I’ve lost count of how many times I’ve been told “you’re still young, why don’t you just get a divorce and find someone better.” Sorry guys, my husband isn’t a car; I don’t just get to trade up when I’m sick of the model. 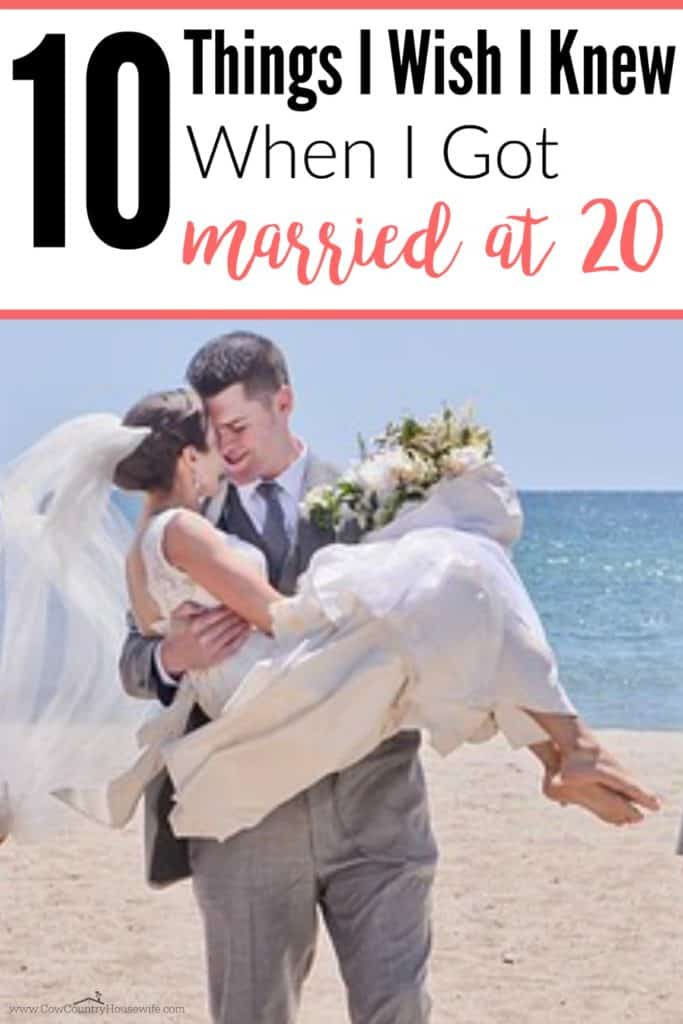 The only people who were happy about our engagement were my husband’s family. Outside of them, I heard any number of ridiculous questions: why do you want to get married? Why is that the logical next step in your relationship? Why do you feel like you need to get married?

Why does it matter to you? Is it hurting you? Is my decision to get married hurting you? No? Then you can keep your opinion to yourself.

You’ll learn to pick and choose your friends closely. For every reason I’ve said, you’ll want to make sure that you’re surround yourself with people who don’t treat you differently because you’re married, but don’t go out of their way to try to break you up with your husband.

You need to grow up a lot faster. Yes, marriage is hard and you may wind up losing a lot of friends, but you’ll also gain new ones. Probably ones that are older than you. Who aren’t looking to get wasted on the weekends. Who invite you over with your kids to watch the Bachelor and eat chocolate with wine on a Monday. Your “peers” may now be people who are 5 to 10 years older than you.  And that’s ok. Once everyone your age is getting married, chances are they’ll be coming back into your life looking for the same friendship that you were looking for as a newlywed.

You might be 20, but when you’re with your husband and your best friend introduces you to get new boyfriend of 1 month, you’ll instantly feel like you’re so old. Suddenly you’re the “old married woman” when you’re 25. And, if you’re lucky, they’ll ask you for relationship advice on how to get where you are.

You may have gotten married before everyone around you, but God willing, you will be married for longer than any of your friends, too. You’ll get to spend 40, 50, 60 or more years together growing in love. My husband’s grandparents celebrated their 61st wedding anniversary this year. And they’re both 82 now and could very well make it to see their 70th anniversary (or more, who knows!). If they hadn’t gotten married at 19, they may have never made it to 61 years together.

At times it may be a lonely road, and a tough one too. But at the end of the day, the man who I fell in love with at 18 is the man who walks in the door every night after work. I look forward to every day we spend together. Better or worse, I wouldn’t have it any other way!