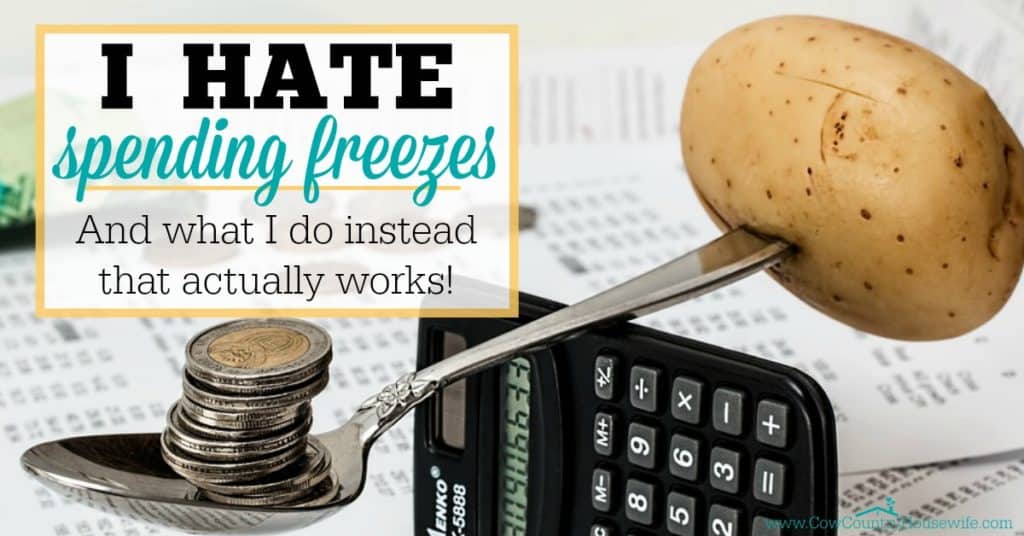 I HATE Spending Freezes (And What I do Instead!)

It always sounds so great when you start out: don’t spend money for an entire week. It sounds great, right? Cash in your pocket, right?

That has not been the case for me.

Flash back to November of this year when I took a No Spend November challenge; a whole month of no spending to prep for paying for Christmas presents out of pocket. I was really excited about the idea of saving $500 in a month just by not spending!

I started the month off by doing a huge shopping trip that amounted to more than a week’s worth of groceries. Wait… I’m supposed to be SAVING money, not spending almost twice what I do in a week! Just by stocking up for the spending freeze, I had basically made the idea of “$500 in your pocket” pointless.

I got through the month just fine and managed to save enough to pay for all Christmas presents with the cash that I saved. But I don’t think I’ll do another spending freeze.

Why won’t I be doing another spending freeze?

The idea of a spending freeze is really good! I really like the idea of not spending money for a whole week! But it the potential to want to stock up and over-shop is real, and it really defeats the purpose.

Here’s what I do instead: a Pantry Munch!

Ready for my revolutionary concept? Do a Pantry Munch (yup, just made that bad boy up myself)! Clear the pantry for a week. Commit to not buying any new groceries and just eat what you have on hand.

Is your pantry full? Is your freezer about to pop? Do you have boxes of food pouring out of your cabinets? Maybe it’s time to get creative! You don’t need to go without, you just need to find a way to make it work.

The beauty of clearing out your pantry is that not only does it save you money, but it also helps you to get rid of some of the food that you have been saving for a long time.

I’m a saver; both of money and of food. I don’t have a crazy stockpile or anything like some of the extreme couponers, but I do have a nasty habit of stocking up on canned goods and freezer meals, and then never eating them because I’m “saving them.” Silly and completely counter-intuitive, I know.

Here are some of my family’s absolute favorite pantry/ freezer meals.

Refried beans, corn tortillas, rice, and taco seasoning with leftover cheese at the bottom of bags with miscellaneous sliced cheese. Sometimes I skip the cheese altogether if I don’t have it lying around in the fridge, and just do refried beans and some rice squished together to make a cheeseless quesadilla. Or toasted on the stove and the kids can dip it in leftover salsa or in some leftover Greek yogurt.

Standard shepherd’s pie is a pretty great pantry/freezer meal on its own. I use a small amount of ground beef from the freezer, and the I throw in as many veggies as I can to offset a small amount of meat. You can get away with only using a half a pound of meat if you just keep tossing in random veggies! Make sure you don’t skimp on the seasoning!

Canned or boxed soup broth, the last bit of pasta from a box, the last few baby carrots, and the last few dried beans from a bag that you can soak overnight and then throw into the soup. Simmer and boom, dinner! Again, make sure that you don’t skimp on the seasoning!

For a double dose of thrifty grocery corner cutting, you can serve everything over rice to make it last twice as long!

While spending freezes can be an amazing thing, if you are stocking up beforehand or making up for not having enough once it’s over, you basically make the spending freeze pointless. If you are able to get creative with your pantry and freezer items, you will not only be able to save a ton of money by not having to prep for not spending for a week and it will also clear up space in your kitchen.

Have you ever done your own Pantry Munch? 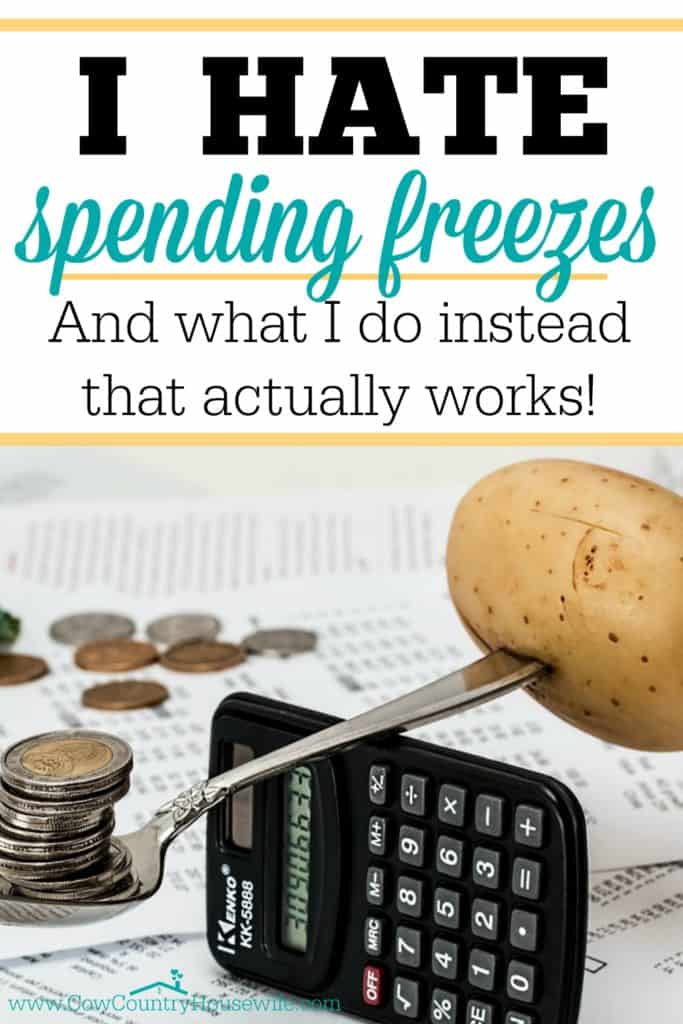