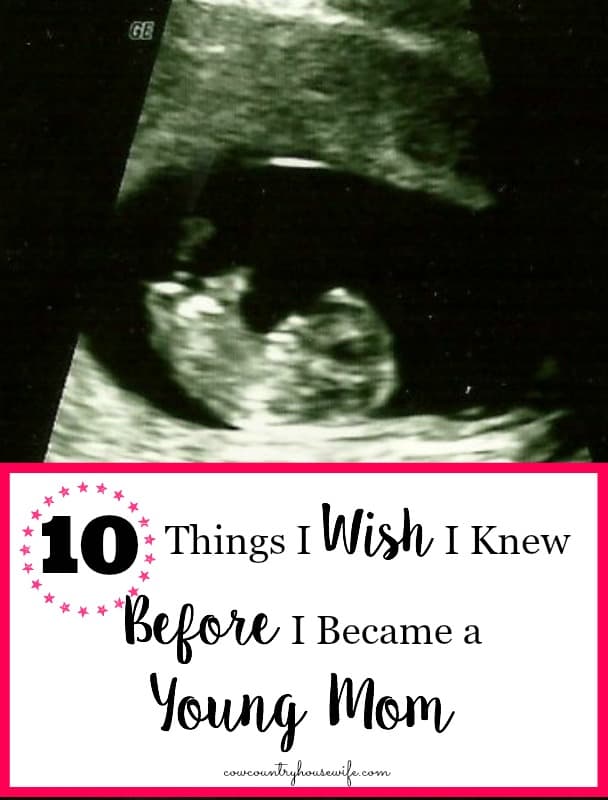 Motherhood came to me a lot earlier than I ever thought it would. I became a mom two months after my 19th birthday. I don’t usually like to volunteer that information. I like for people to assume that I’m pushing 30 when I go somewhere with my 3 crazy kids, but it’s not the case. I was a teen mom.

My husband and I found out we were expecting one month after we got engaged. It was shocking to find out, and we had no idea what we were doing. We got diaper changes and breastfeeding down, but there are so many things that no one told us about being young parents.

1. You don’t know everything…

I truly thought I knew a lot before I had my son. I thought I could just eat whatever I wanted when I was pregnant because breastfeeding would be like liposuction. I thought that birth was just like it was in Birth Story; where the mom gets an epidural and sleeps through labor and everything goes well and there’s no screaming or anything more than minor discomfort. When he was born, I thought that breastfeeding would just come naturally for both of us and that there was nothing more to it than “hold baby near boob and it’ll work out.” I thought I would just know what to do with a crying baby who was colicky. Or that I’d know what to do when he had his first cold. I didn’t. And I paid for it.

People were constantly talking down to me. Kind of like “you’re a young mom so you MUST be dumb.” No. I’m a person who, yes, made some poor decisions that threw me for a loop. But getting pregnant young doesn’t mean that I’m an idiot. There’s a learning curve with any new mom, regardless of age, but every flaw seems to be put under a microscope when it comes to young moms. Just because a mom has a baby young doesn’t mean that she’s going to be a bad mom.

3. Be educated about pregnancy and infancy

Because people WILL look down on you, it’s important to learn as much as you can. Read as many pregnancy books as you can to make sure you’re not doing something that will make people think you’re a bad parent. (I ate sushi ONCE when I was pregnant… it was a cucumber roll. I knew not to eat fish, but you’d think I was sitting there doing a line of coke! People were freaking out! But I had read the books, I know it’s the FISH that’s bad!) I used to swear by What To Expect When You’re Expecting, but now that I’m a hippie homebirther, I’m a bigger fan of the Sears’ books. They’re not geared specifically toward homebirth or anything, but it’s much less medical than What to Expect; everything is much more relaxed and much less alarmist. They cover everything from conception, to natural birth, to breastfeeding, to the toddler years. Definitely worth checking out if What to Expect just didn’t feel like it’s cutting it for you.

4. Figure out your parenting plans and stick with it

I was so blind. I knew I wanted to breastfeed, but in the hospital the doctor told me he was losing weight (which is apparently NORMAL, but the doctor didn’t tell me that) and that I wasn’t making enough milk to sustain him. She guilted me into giving him forumla. If I had done my research, I would’ve known that babies tend to lose 10% of their body weight in the first days after birth but once mom’s milk comes in, they fatten right back up!

But there are other things you need to know your stance on BEFORE you have your baby. In my experience, doctors push their beliefs on young moms and guilt them into a lot. Know where you stand on everything: natural or medicated birth, eye drops when the baby is born, vaccines, circumcision, cosleeping, breastfeeding, bottle feeding, baby staying in the nursery… everything.

Especially with young moms having babies, the odds are not in favor of your relationship lasting. Whether you’re married or had an “oopsies baby,” babies make relationships hard. There’s stress, sleep deprivation, physical exhaustion, emotional exhaustion, lack of alone time, lack of quality time together, and sometimes there’s resentment. All of these things are a recipe for disaster for young parents. Statistically, young parents don’t stay together. It’s hard. It’s really, really hard. But if you stick it out, it’s so worth it for a baby to have both of his parents.

My husband absolutely loved the book So You’re Going To Be A Dad when we were expecting our first. It really helped him look realistically at being a father, being in a relationship with a child, and it does it all while being funny!

Babies are exhausting! There’s no shame in asking for help after delivery when you just need someone to make dinner or do the laundry. If you have friends or family who can come over at some point during the day and hold the baby so you can sleep or take a shower, ask them to come over! Asking for help doesn’t mean you’re weak. Ask any first time mom, regardless of her age, if she needed help with her first baby and she’ll tell you she absolutely did!

7. …Just make sure you’re not asking help from the wrong places.

We all have that friend. The man-hater who, for one reason or another, is always telling you to break up with your partner. So when you ask about what to do when your partner doesn’t get up with you for the 8 night feedings, her answer is to dump him… which might seem like a logical answer in your sleep deprived state, but not waking up for the 5th time before 5am typically isn’t a reason to break up with someone.

Suddenly, all of your friends who are moms are at least 6 years older than you. Age won’t matter too much any more, since you’re ALL going through the same thing as moms. You’ll get to swap birth stories and first solid food pictures and probably have more than one serious conversation about the consistency of poop. And that will be normal!

There’s no easy way to say it: having a baby at any age is hard! The days are long, the nights are long, the sleeps are sort, the tempers are flared, the personal care goes out the window, the laundry is always dirty, the fridge is full of take out leftovers… but it’s all worth it. My son has made me grow up so quickly, but I’m so thankful to have him! Being a young parent means that I’ll get to spend more time in my life with him.