Every relationship has a saver and a spender. In my marriage, I am the saver and my husband is the spender. And he’s not just a regular spender… he’s a compulsive spender. That’s why I hide money from my husband. And it’s the only thing that kept us from going broke.

Right after the birth of our second son in November 2013, I sent my husband out to get Chinese food for dinner. We figured that we’d do something special to celebrate our newest family member. While he was there getting the food for a hangry new mom, our card got declined. We had $0 in our account. Actually, we had – $3.06 in the bank. NEGATIVE $3.06.

Thank God for the caring heart of that cashier who paid for our dinner that night. When my husband came home and told me what had happened, I felt like I was going to be sick.

The general embarrassment of having a card declined was just multiplied by ten when it was followed by knowing that I had no money to pay for a $20 celebratory dinner with my husband after having a baby. I let us get to this terrible spot, I’d put my family’s future in danger because I couldn’t take control of our budget. It was in that moment that something shifted in my mind.

I knew that something needed to change.

But most importantly, I never wanted to lose control of my money.

It was then that I knew that I needed to do something drastic to change our situation. After years and year (and years and years….) of trying everything to get my husband to conform to any possible way to save money, I had hit a point of desperation.

How do you get through to a spouse who just doesn’t see the problem in their spending issue?

My husband is a great man. A man of many talents and gifts. But he’s got a problem.

He’s a compulsive spender. In the span of a year, he ate through 3 savings accounts totaling close to $10,000. He single-handedly derailed budget after budget that I would try to put in place. Nothing that I did or said could get him to stop spending money.

It was then that I started to hide money from my husband. It wasn’t so that I could go out and buy new shoes every week. It was so that we could eventually get a bigger house, stop living paycheck-to-paycheck, and so that we could have a better life.

Someone out there is reading this saying “you horrible woman! How dare you! That’s not what marriage is about!”

But this is for the woman who is at her wit’s end with her spender husband. Who has tried everything to get through to him to get him to save money. The woman who has sat down every day with the agreed-upon budget with her husband only to have him spend $30 of money they don’t have on something dumb.

It wasn’t too long ago that I was right there with you. Actually, I still am to a certain extent. My husband still can’t control his spending. But this time, I’m prepared.

Here’s how I hide money from my husband:

First of all, get the bank accounts locked down.

1. Start another bank account (we have 6 bank accounts and it helps us to save a lot more money without trying).

2. Automatically withdrawal money after each paycheck to go directly into that account right after the paycheck hits the account. (To save money on auto-pilot, I use Acorns and Digit to do this for me. They save the spare change for you without you ever needing to know.)

3. Make this new account in a different bank if you need to.

4. Max out the amount for this. The less money in the primary checking account, the better.

5. Set up an account just for him. This will be his spending money. Once this is gone, it’s gone.

6. Get him a debit card for that special bank account.

1. Take away his debit card (I’ve made my husband have his own bank account with a very strict limit).

2. Put a daily spending limit on his card. No more than $50/ day is the lowest that I think it can go for most banks.

4. Have him leave the debit card at home unless he needs to get gas or something else while he’s out of the house. 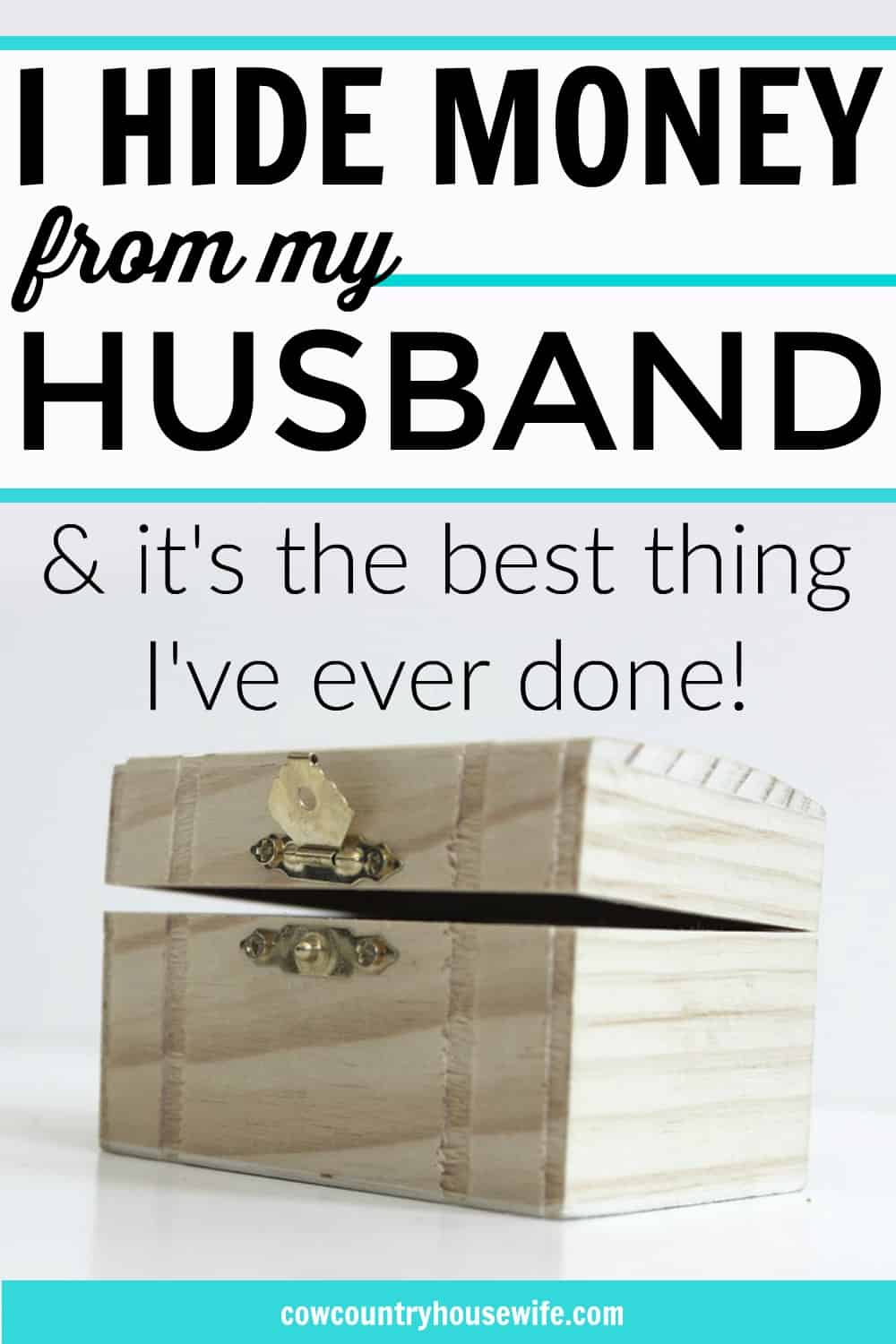 Eventually, you should tell him about the accounts, but never where to find them. I told my husband about our accounts when I had a full 3-month emergency fund built in the span of 4 months. That’s the power of the spender in your marriage that you’re always broke.

He might get angry at first. I mean, in all fairness, I’d be a little ticked off too. But once you tell him about your savings accounts and the impact that his spending had on your finances, this might be the slap in the face that he needed to see just how out of control he was.

This is a process.

My husband still sometimes “forgets” to take his debit card out of his wallet before he goes to work and will then buy $10 worth of junk in a day. But it doesn’t kill our budget (it’s still annoying, though!) because I have a healthy savings account set up for emergencies.

If you’re at the end of your rope with your husband and still can’t get him to stop spending, this is how I hide money from my husband. After I showed him how much money we save when he can’t spend, he never once questioned where the money is. He and I both know that this is the best way for us as a family to handle our finances. We’re in complete agreement that this arrangement works for us.

My hope is that later on down the road, he’ll be able to control his spending. But in the meantime, I’ll just keep growing those savings accounts!

Who’s the spender in your family? 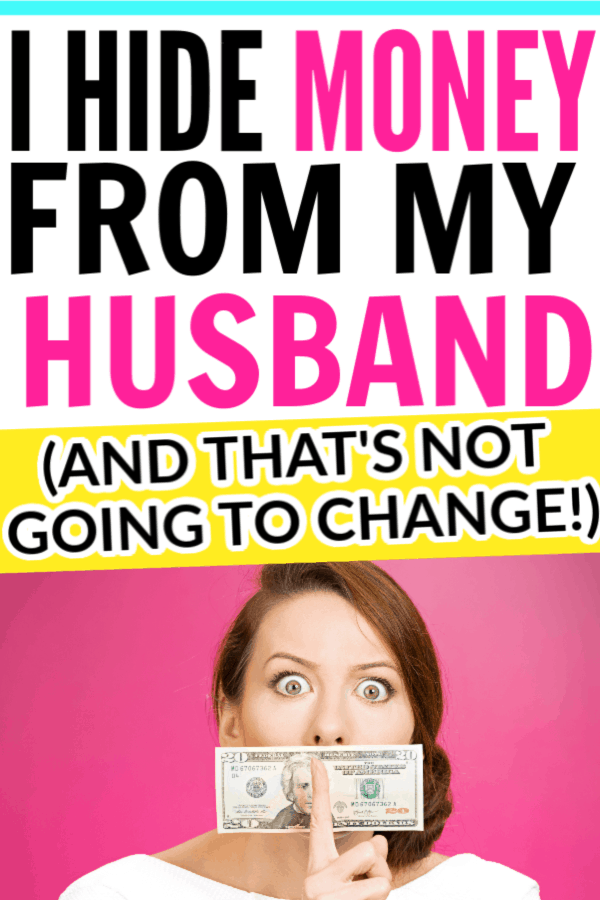